New Ruling regarding Choice of Law in Lawsuits against International Companies

We would like to inform you of the Israeli Supreme Court ruling issued on July 25, 2022, in the matter of Facebook Ireland Limited (“Facebook”), which determined (in the majority opinion of Judges Grosskopf and Willner, against the dissenting opinion of Judge Hendel), that the choice-of-law clause that seeks to apply the laws of California to the relationship between Facebook and its users (individuals or small businesses), is an unduly disadvantageous condition; contrary to the “Ben Hamo” ruling, according to which the Israeli Supreme Court held that the Californian choice-of-law clause, in the circumstances of a class action, is not an unduly disadvantageous condition.

What is interesting about the verdict and why is it significant?

This new ruling tilts the balance of powers between the local market and the local consumer vis-à-vis international corporations.

The Supreme Court explicitly held, that global corporations are not exempt from the application of Israeli law. The discussion does not only focus on the particular issue at the heart of the lawsuit, but also sends a clear message to the State and its authorities that the “outsourcing” of consumer contract law in the State of Israel should not be encouraged.

The ruling adopts the position of the Israeli Attorney General, according to which the review of unduly disadvantageous conditions under the Standard Contracts Law is not limited to the “deterrence test” (which, in the opinion of the Attorney General, is mainly relevant when discussing a forum-selection clause rather than the choice-of-law clause), and that several considerations must be taken into account, such as the existence of an unfair advantage under the terms in question, the ability of the person entering into the transaction to understand the terms of the transaction, the identity of the parties and the power differences between them, the extent of the client’s dependence on the contract, and the essentiality of the product or service.

Equally significant is the manner in which the Supreme Court examines the activities of international companies in the Israeli market. The Supreme Court does not distinguish between international corporations operating in the physical platform (for example, “Zara”) and ones that operate in the virtual one (for example, “Google” or “PayPal”), and adds that the latter even carry out special activities to promote their business in the Israeli market (for instance, by establishing a dedicated site in Hebrew, operating a customer service system for Israeli customers, accepting Israeli payment methods, etc.).

In this sense, the Supreme Court considers these corporations as carrying out “activities in Israel” and rejects the possibility that those corporations can renounce the application of Israeli law regarding Israeli consumers, by establishing a choice of foreign law clause in standard contracts.

Who is the consumer to which the ruling is relevant?

There is no uniform legal definition for the term “consumer” and the same may refer not only to an individual but also to a business or corporation. The scope of the concept’s applicability will be determined according to the circumstances of the matter and in light of the justifications for consumer protection laws, primarily the disparities in information and power between the parties.

As part of the ruling, an operative position was proposed to determine “which business is considered a small business” in the context of power and information disparities between an advertiser and Facebook. The test that was proposed and accepted by the majority is the “small business test”, in which the court shall review a series of relevant indications about the nature of the power and information gaps between the advertisers and Facebook, and examine: the financial strength of the advertiser; the number of employees it employs; if it has legal support, and to what extent; if it has an advertising department, and to what extent; how essential is Facebook advertising to the advertiser’s activity in a way that creates dependency; if advertising is an integral part of its business activity; what is the amount of the claim, and what is the degree of deterrence from the advertiser’s point of view of litigation according to foreign law.

For example, a nationwide chain with extensive legal and advertising departments and hundreds of employees, which files a lawsuit against Facebook valued in the millions of shekels, will not be classified as a small business; as opposed to an owner of a falafel stand, who employs five employees and advertises himself on Facebook and locally, who will indeed be considered a small advertiser and a consumer of Facebook. In relation to consumers of the latter type, to the extent that it is determined that the choice of foreign law condition harms the power and information relations between such consumers and the international company, contrary to the purpose of consumer protection laws, it will be classified as an unduly disadvantageous condition.

The Supreme Court’s new ruling minimizes the effect of the “Ben Hamo” ruling, thus allowing for a wide potential of litigation in Israel against large international online companies such as Amazon, Facebook etc., under Israeli Law. This new ruling joins updated civil procedure regulations allowing the execution of legal actions against large entities in Israel, under Israeli consumer protection laws, by way of serving judicial documents to foreign companies.

It is our understanding that other than consumer protection lawsuits, one can also file lawsuits regarding discriminatory clauses stipulated in the terms of use of major online corporations under Israeli Law; such as copyright, design and trademark infringements or privacy violation, against said corporations (as direct or indirect wrongdoers).

We would like to clarify that according to the current legal status, large businesses and class action plaintiffs will be required to continue to litigate in accordance with foreign law (except in the event that the law is too esoteric such that there is no practical possibility of litigating in accordance therewith in Israel).

Also, we believe that following this ruling, the relevant Israeli authorities will act to complete the necessary regulations in the field of consumer transactions of international companies in Israel.

For the full verdict [in Hebrew], see here.

For the Attorney General position [in Hebrew], see here.

For any questions or clarifications on the issues listed in this memorandum, you can contact your contacts at our office or: 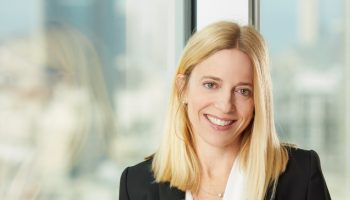