The annual conference of ACC Israel, 2019

Adv. Tal Atsmon, Head of the Tax Department at Goldfarb Seligman, participated in the annual conference of ACC Israel (11.6). The conference was attended by close to 500 GC’s of leading corporations in the Israeli market. Several key figures in the legal sector spoke at the conference, including former Justice Minister Ayelet Shaked; and Adv. Atsmon, who spoke for the second consecutive year about “The Fight Against Dirty Money and Cash Use”. 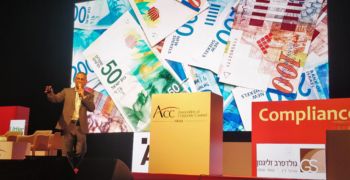